Pentagon Looks Ahead to the Importance of Military Logistics 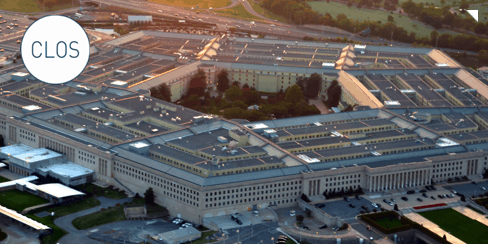 US military agencies are beginning to examine technological solutions that address the movement of personnel and military hardware, a subject recently raised as an area of concern in reports. Military logistics is a mission-critical part of operations, and with global tensions becoming strained, improved planning, execution and contingency becomes a high a priority for all government defences agencies across the world.

Director of Defense Research and Engineering for Research and Technology, Mary J Miller, recently said, “We’re not the clear [technology] leaders that we used to be in the United States.” This issue has been further cemented by The Pentagon, who recently raised concerns that ‘near-peers’ could interfere with resupply routes in future conflicts, using the latest technology and hacking techniques.

‘Near-peers’ could interfere with resupply routes

During the past twenty years of conflict in the Middle East, according to the Pentagon, there have been no obvious threats to logistics within combat zones. Troops and personnel, supplies and military hardware have been moving freely and where required with no threat from air or sea. Today, the Pentagon says that increasing technological advancement in China and Russia from a cyber perspective, in addition to the availability of longer-range aircraft and advanced military weaponry, the US faces the real possibility of interrupted or expensive operational logistics.

Logistics concerns increasing but not new

Logistics concerns have been growing within the US military for some time. At the end of 2016, the Pentagon created a 16-member ‘Survivable Logistics’ task force, headed by the Defense Science Board and led by retired Generals and US business leaders. The aim of the task force was to investigate the potential logistical issues, and to examine how some elements of commercial logistics could be applied using the latest, advanced technology and data solutions.

Pentagon: “Not moving aggressively enough to use advanced technologies”

The Pentagon suggested that military planners should be looking to these existing advanced technologies for solutions to effectively implement streamlined logistics to move personnel, supplies and hardware around the globe quickly and efficiently. Frank Kendall, head of Pentagon acquisition, former Under Secretary of Defense for Acquisition, Technology and Logistics and former member of the Army Science Board, played a key role in the creation of the Survivable Logistics task force, and knew that military planners needed to take a harder look at the use of technology in commercial logistics. He said, “I was concerned that we were not moving aggressively enough to use advanced technologies in our own operations.”

The report was completed during the spring of 2019 and an executive summary released for the public domain. The report already has the attention of the White House, yet it is unclear to what extent it will be applied or utilized once released.

Before 2016, and during the Obama administration, the Air Force Secretary became the first official to name Russia as the greatest current threat to the US. The then-upcoming presidential elections in 2016 halted plans to introduce a new program to focus on sustainment, as major spending and new contracts would require legislation that was poorly timed for the change in administration.

Threats to cybersecurity have been steadily gaining ground over the past few years within the military, and this is another area of focus for the task force. Already, plans are in place for the creation of a ‘data lake’ for all aspects of logistical command, control and intelligence. This is within a partnership between Transportation Command, the Defense Innovation Unit (DIUx), the Defense Digital Services and the Strategic Capabilities Office.

With Transportation Command (TRANSCOM) moving its data to cloud-based operations, there are signs that steps are being taken to integrate technologies such as Machine Learning, Artificial Intelligence and automation for future logistical agility. At the end of last year, TRANSCOM began a large-scale cloud computing migration that has been described as one of the most aggressive of its kind attempted by the Defense Department.

With current military logistics systems hailed as the ‘most natural candidates’ for migration and access within a commercial environment, this is where the first migrations have taken place. As processes move to the cloud, they can become automated, freeing much of the time currently spent in manually intensive processing to focus on data and the application. Although it is in the logistics systems sector that cloud migration is the current focus, TRANSCOM’s cloud center has ‘not ruled out using a similar process to begin moving its internal business systems to the cloud.’

The CLOS solution – optimise and automate

Using A-ICE’s wide experience, understanding and constructive confidence in Military Transport Operations, consolidated by participation in events such as TIDE Sprint, NATO and EDA and NITEC’s, A-ICE is significantly placed to develop compliant solutions in direct response to the real needs and requirements of Military Logistics.

To find out more about how the CLOS By-Design project can assist with collaborative decision-making, data co-ordination and dissemination to deliver the best results for any Transportation Mission, please contact our CLOS team.